After cutting a BUNCH of HST yesterday - 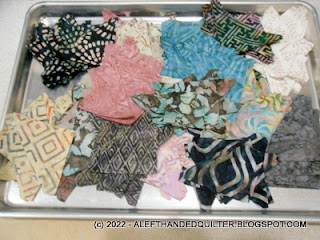 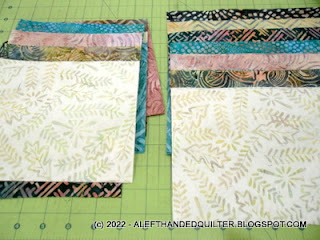 Down to narrower strips - 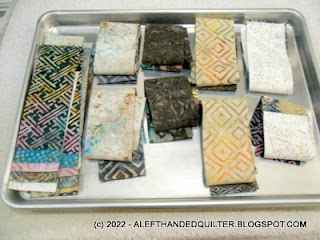 Then I cut squares from some yardage - 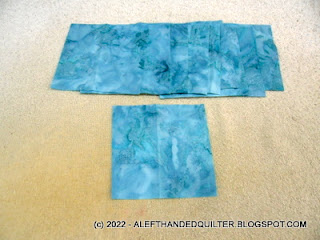 And made some Square-in-a-Square units - 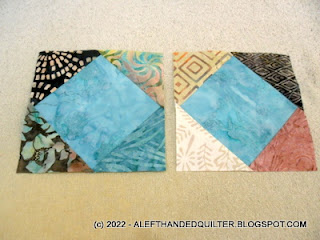 And sewed some strip sets - 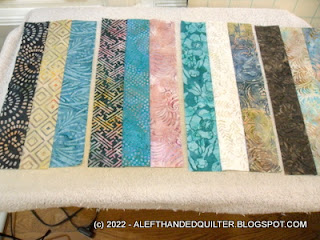 Then cut them to make Bar units - 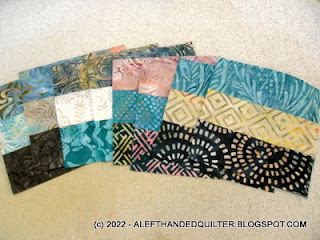 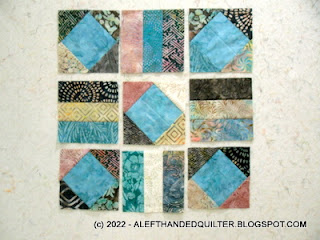 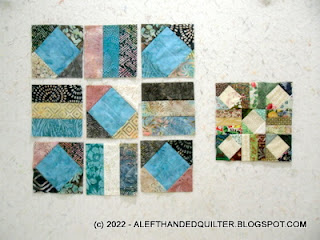 My Antique Squirrel block is GREAT for SCRAPS -
But it might take me a while to make enough blocks for a large quilt top -
BOB likes the BIG BROTHER version -
Because one block is the same size as four smaller ones - LOL - ;))
Talk to you later - gotta go - gotta sew -
Posted by A Left-Handed Quilter at 12:30 AM

I like them both, but I am partial to batiks so that one is my favorite. Have fun making all of them!

You know how much I love batiks. That is going to be so pretty. The big one will certainly finish faster.

How smart! You tied both projects together, in a way. I guess Gene and I got our answer ;) These blocks look great!