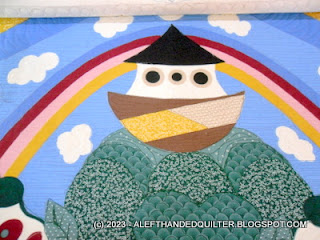 And decided to do pebbles - 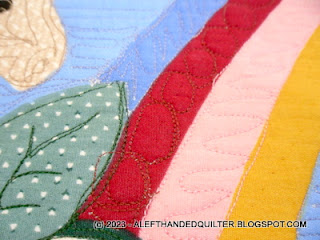 The ones on the other side look better - 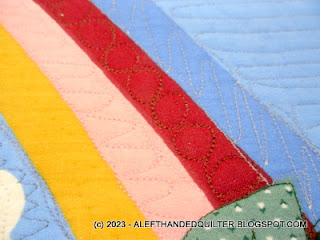 Then I did the birds - 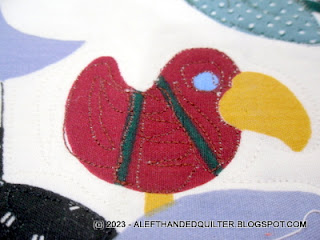 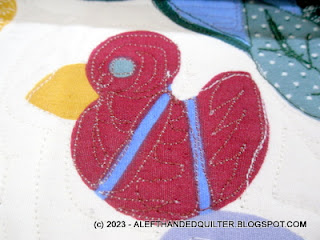 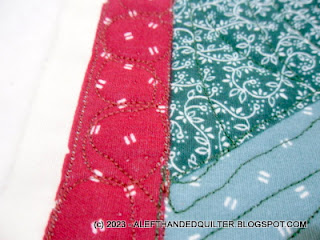 Then I did the hippo's mouth with echoing - 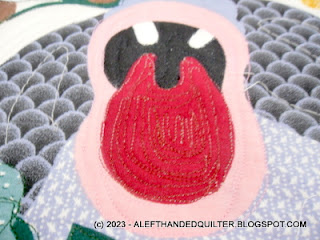 I still have the rest of the side borders -
And the bottom border to do in RED -
But I'll finish that up tomorrow - ;))
Talk to you later - gotta go - gotta sew -
Posted by A Left-Handed Quilter at 12:30 AM 4 comments: 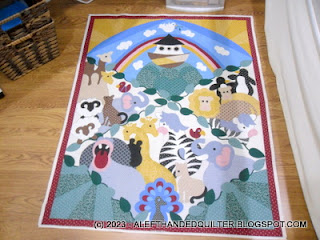 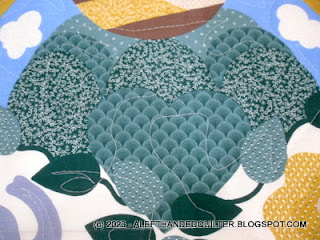 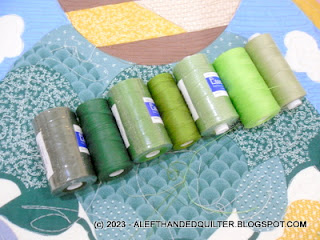 It blends in on the dark leaves - 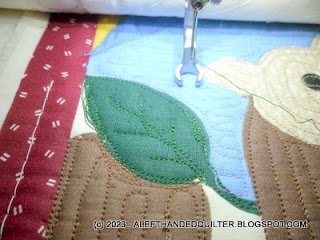 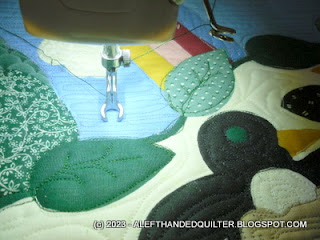 And it shows up on the "clamshell" part of the mountain - 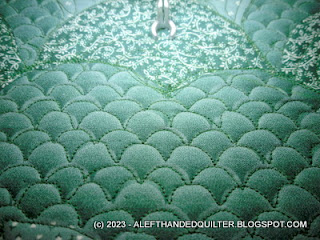 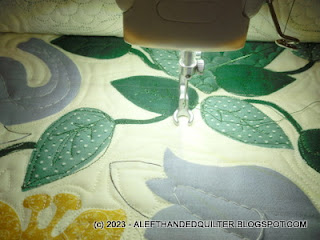 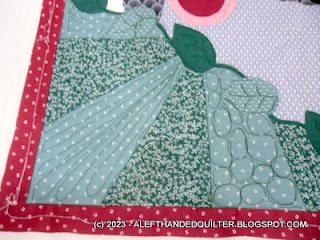 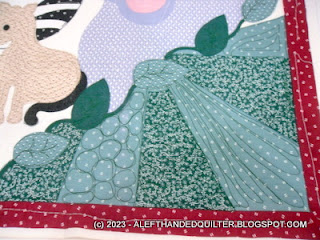