And lots of progress -
On my Bali Pops™ - Mulberry 16-patch -
Pattern by Wanda S. Hanson -  Exuberant Color -
You can find her EXCELLENT tutorial - HERE -
I made one "mixed" set of four blocks -
From these two sets of segments - 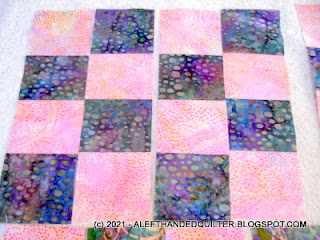 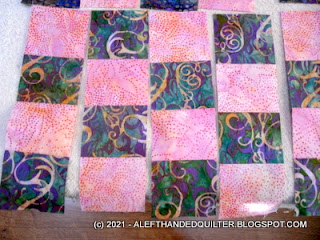 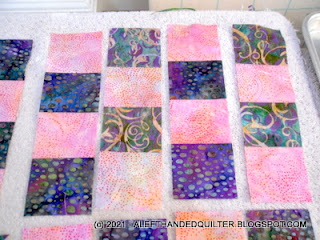 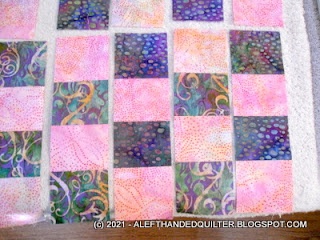 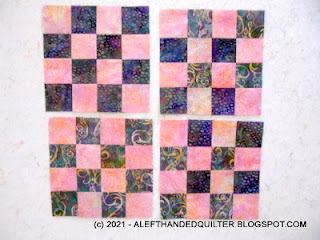 The first two are "regular" - 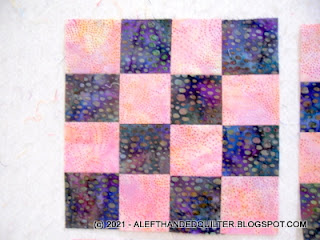 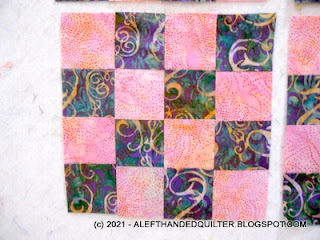 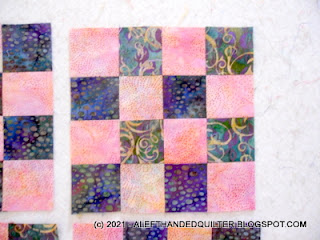 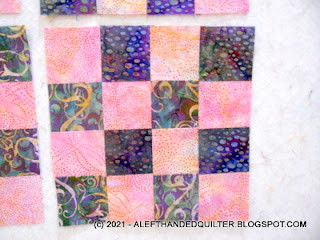 Or they can both go this way - 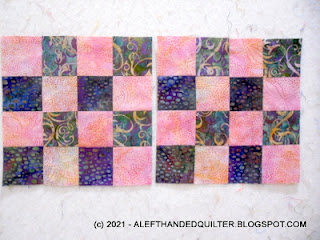 Or they can both go this way -
So many possibilities - LOL - 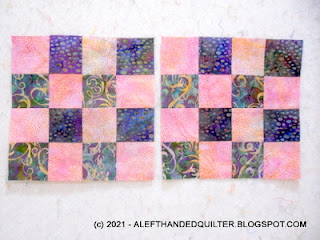 Then I sewed six sets of "regular" blocks - 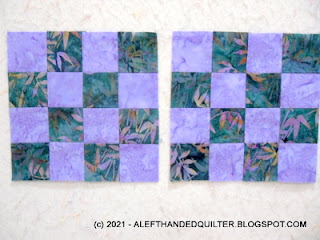 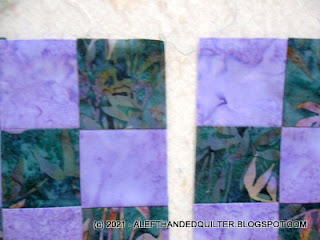 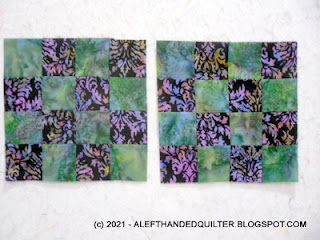 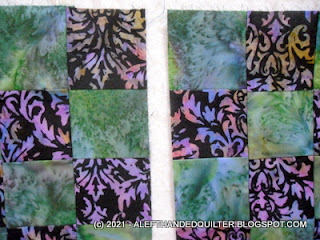 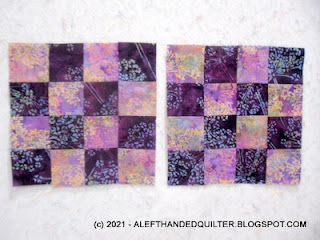 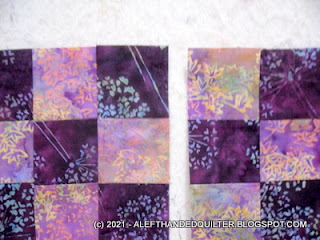 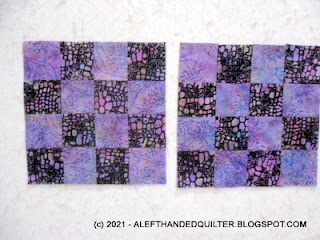 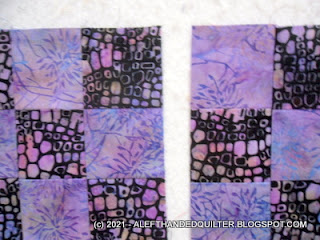 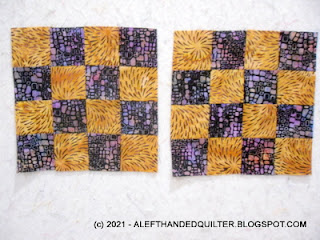 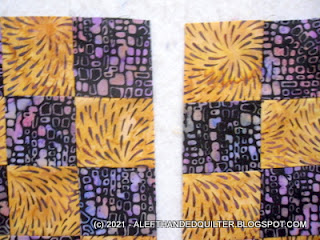 And all of these PURPLES are BEAUTIFUL - 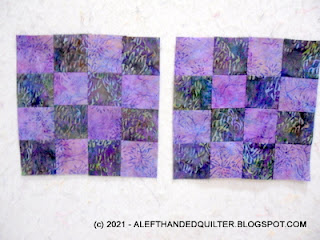 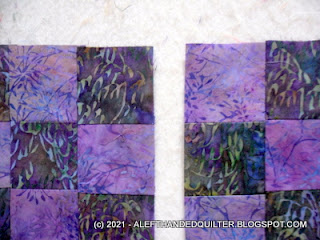 I sewed even more sets -
But this post is long enough already -
So tomorrow I'll show you the rest of them - ;))
Talk to you later - gotta go - gotta sew -
Posted by A Left-Handed Quilter at 12:30 AM

Those blocks are pretty. I like the mixed up -but with one color matching - blocks. Just a few of those in there will add some whimsy to the quilt.

The sets are coming along great- all so different yet belong together. Any day sewing is a good day.