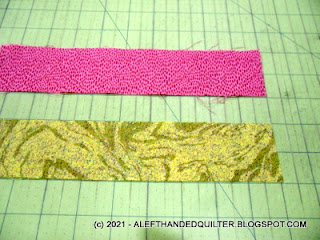 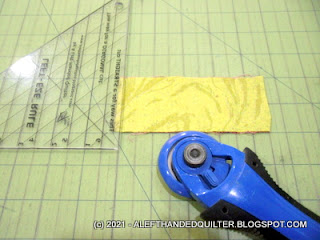 And trim the end to make it straight - 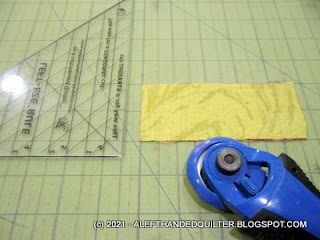 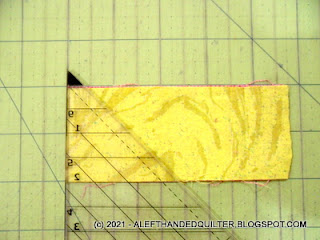 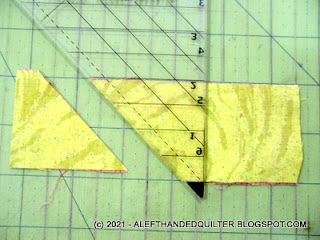 There are NO BACK-HANDED CUTS!! -
BOTH cuts are from BOTTOM to TOP -
Along the RIGHT-SIDE of the ruler - 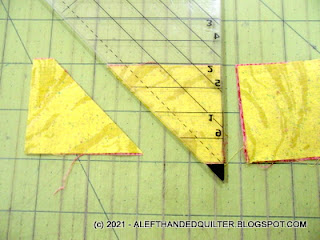 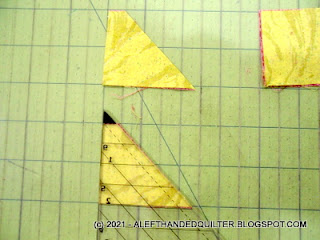 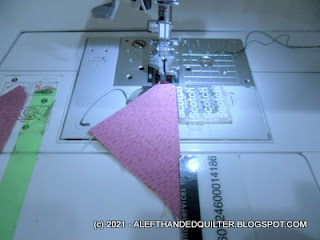 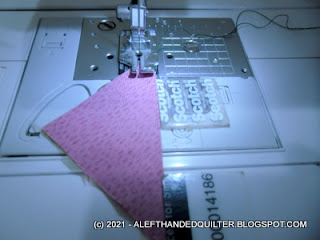 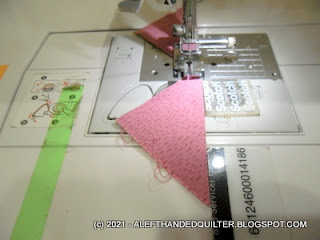 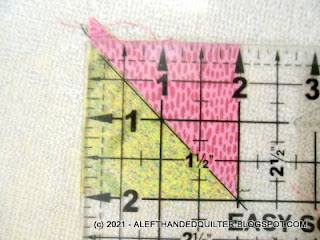 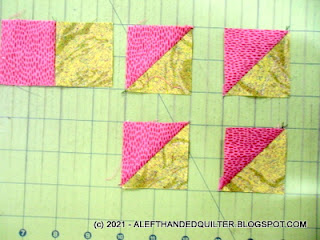 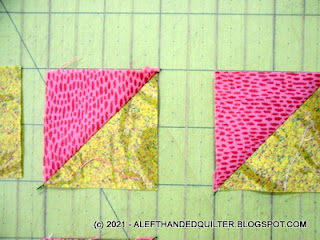 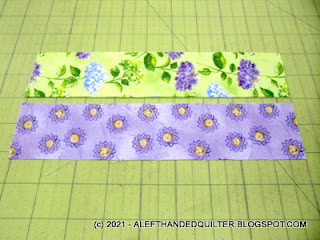 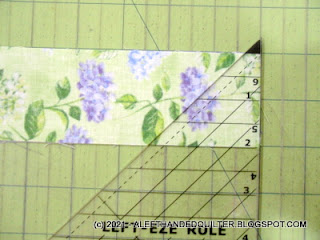 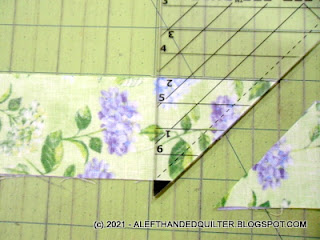 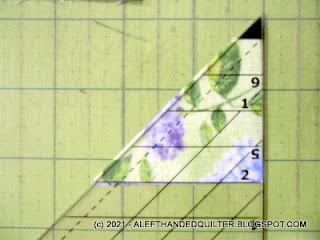 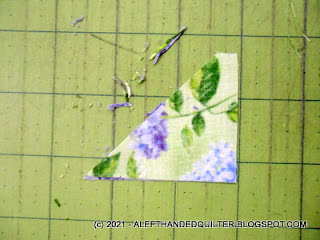 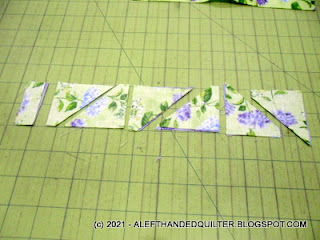 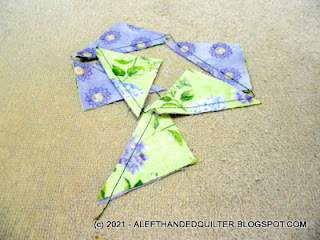 Talk to you later - gotta go - gotta sew -
*NOTE -
A longer version of the RIGHT-HANDED tutorial can be found - HERE -
And I even have a "RIGHT-HANDED Conversion Kit" if you want one - LOL - ;))
Posted by A Left-Handed Quilter at 12:30 AM

No backwards cuts is always a good thing!

Yes, this is how I do it...but I do have the "Right-Handed Conversion Kit."