As promised -
Today I'll show you how I make the "loop" -
And try to clarify some stuff - ;))
I decided to stitch the binding down with a straight stitch -
And started in the one corner - 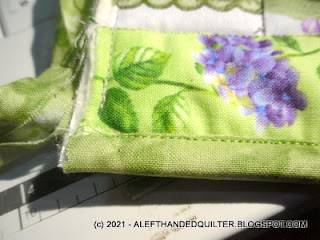 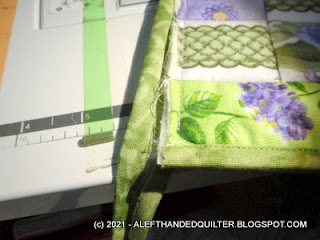 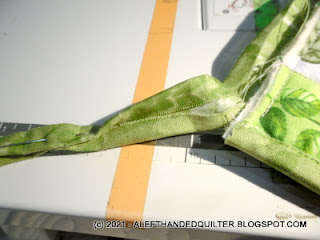 I kept going -
Folding the binding in on itself - 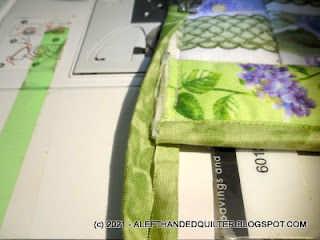 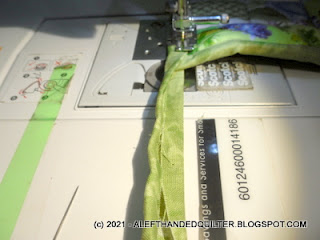 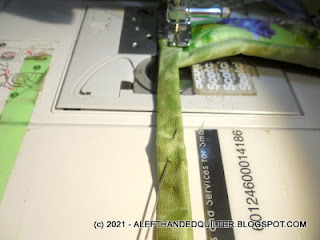 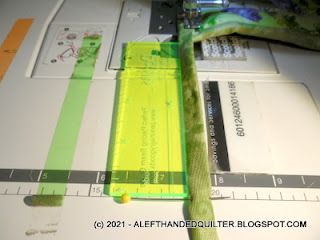 And sewed a little past it -
Just because - 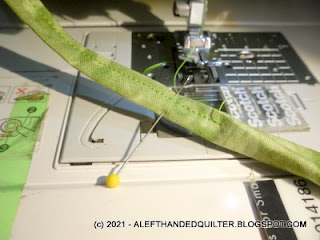 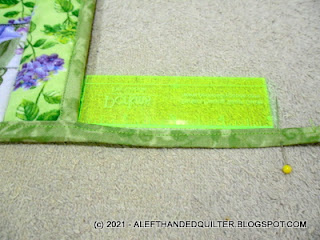 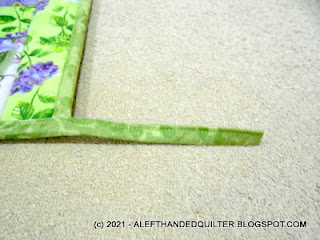 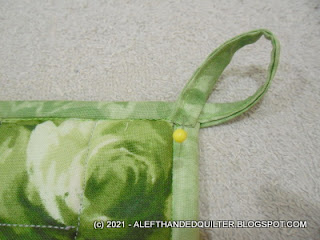 I stitched a big "X" where the binding crosses itself - 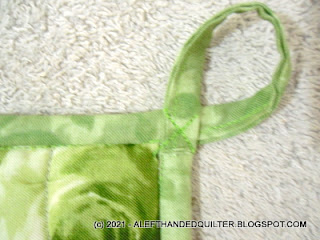 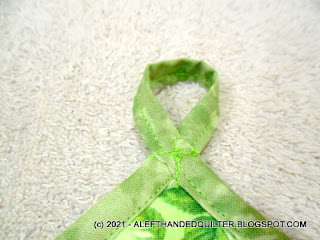 Put it up on the design wall for a photo -
And realized that I started in the wrong corner -
The loop should be in the corner on the right -
Oh, well -
I'm not "fixing" it - LOL - 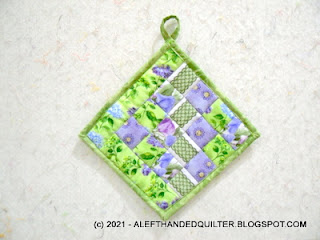 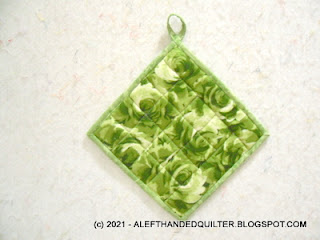 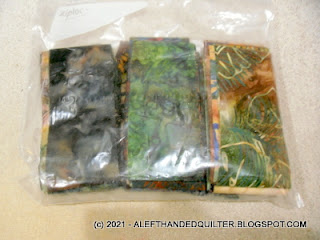 Ha ha....starting on the wrong corner is the type of mistake I make all too often.
Fortunately, it still looks great.

Aren't you the clever one? Nice work.

It's not a mistake. It's a design element. 😉 Looks great.