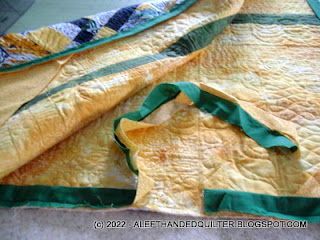 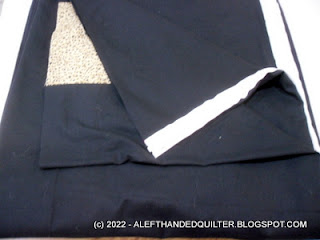 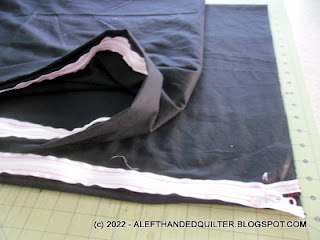 The "zipper" method for attaching backings to leader cloths -
Has been around for a LONG time -
I'm just late to the party - LOL -
I found/watched several YouTube videos -
Demonstrating the process -
And I think I have each half of the zipper basted on correctly -
But I won't know for sure until I get another set sewn to the leader cloths -
If it works like I think it should - I'll share how I do it -
Which may or may not be the way the rest of the world does it - LOL -
Already I know that some people "pin" their backings to the zippers -
And other people "baste" them -
BOB agrees with the "other" people -
And told me to baste them -
So I did - LOL - ;))
Talk to you later - gotta go - gotta sew -
Posted by A Left-Handed Quilter at 12:30 AM

You are certainly going to be ready for the larger frame when it arrives.

I gave up on zippers. I ripped many a shirt on the pins. I use Leader Grips and love them. I can make minute adjustments easily and quickly. I gave the zippers away.