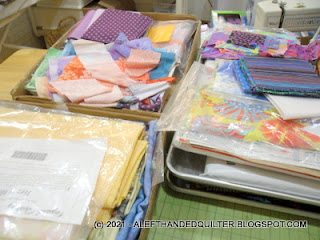 And then I emptied some bins - 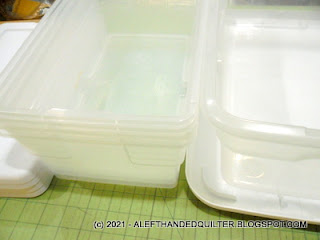 So the boxes are a bit fuller now - 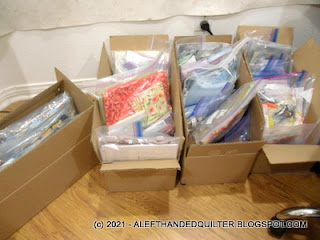 And I found some "Kaffe" bits and pieces -

And another baggie of a 4 Patch Posie project - HERE - 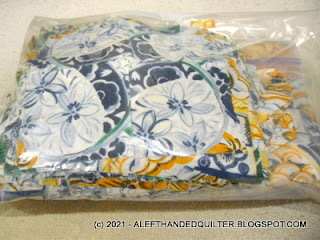 It feels SO good to be getting this stuff organized -
And it will be SO much more fun to be able to FIND stuff -
When I want/need it -
BOB isn't even tempted to SEW anything yet -
But I should hurry up -
Because THAT probably won't last long - LOL - ;))
Talk to you later - gotta go - gotta sew -
Posted by A Left-Handed Quilter at 12:30 AM

Enjoy that organized feeling. I need things that way too, but I admittedly don’t have as much stuff as you do. 😏

HAHA, Gene cracks me up. Will be interesting to see what Bob starts to sew once the mood strikes.

You're doing a great job.