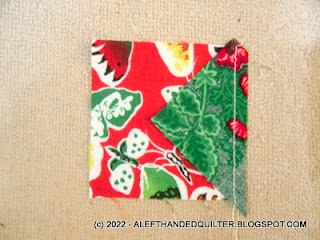 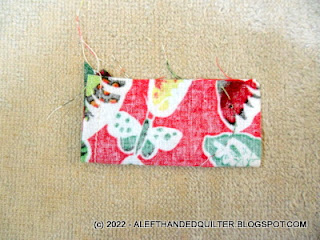 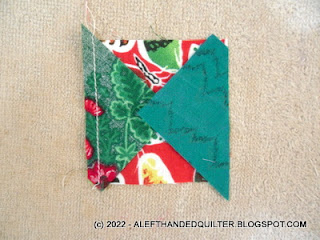 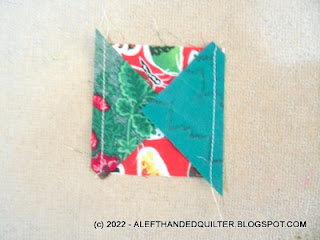 Pressed both HST away from the center square - 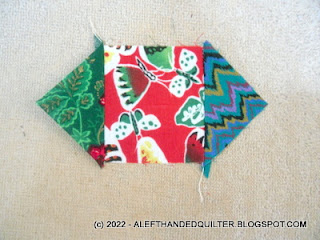 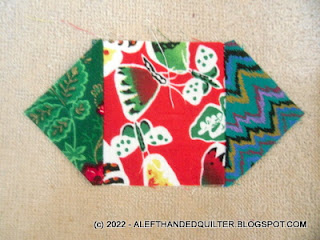 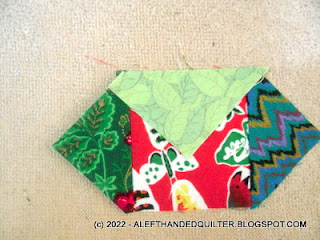 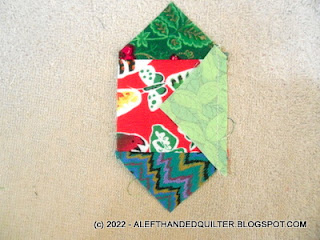 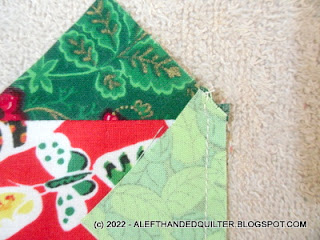 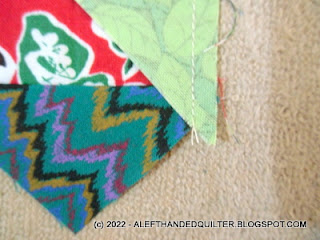 Do the same with the fourth HST - 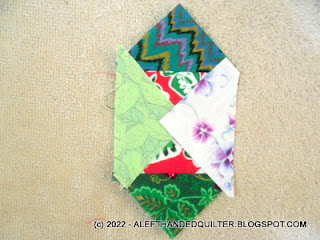 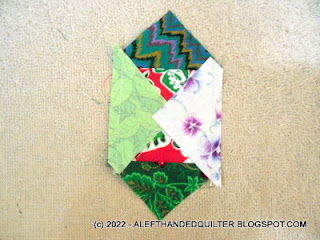 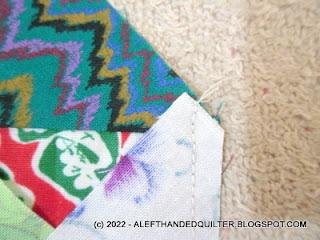 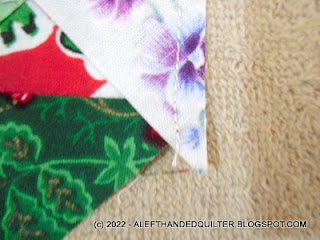 Press both HST away from the center square - 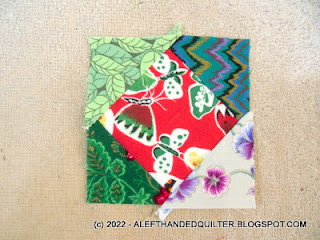 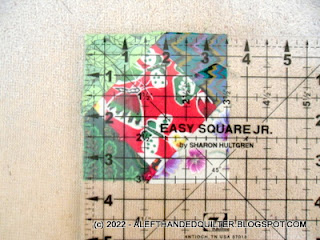 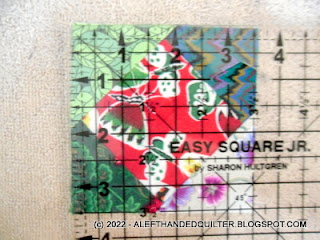 Great tutorial on the "Square on Point" -although I call it a "Square in a Square." I don't think either name is all that accurate. But it is better than some of the other quilt block names - like Old Maid's Puzzle.

You make this look easy, Kitty! A couple days is not a long time to wait. Can you imagine how long it took a young girl to do just one block sewing it decades ago by hand? This will be beautiful!