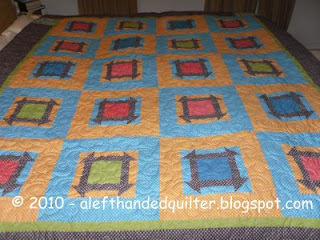 He really liked the colors and the quilt until he saw "Big & Bold" with the darker blues and browns.  This one might have come out a little too "Orange" for him - but he can have it anyway - and I might just give him both quilts - someday. 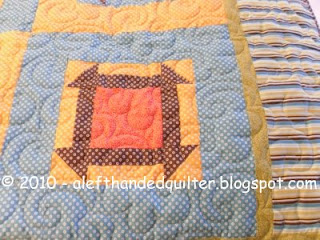 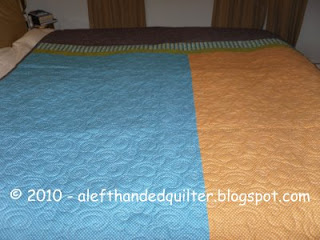 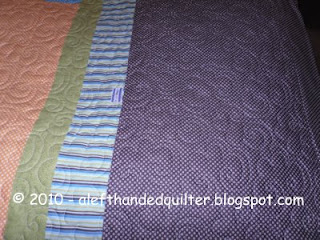 Posted by A Left-Handed Quilter at 6:00 AM

Love the colors! Nice quilting too.