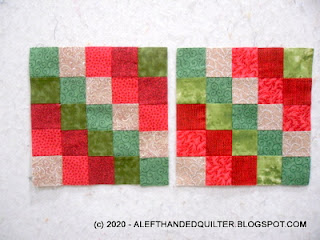 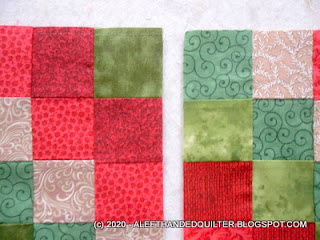 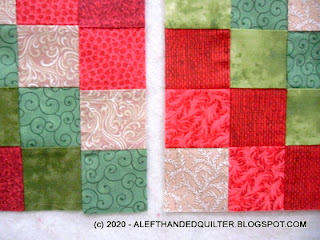 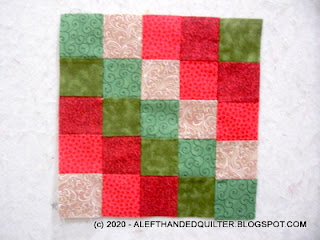 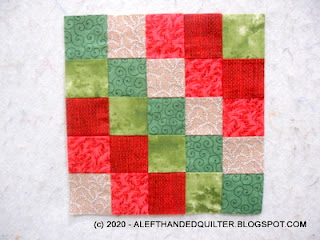 And yesterday -
When I had a pile of blocks - 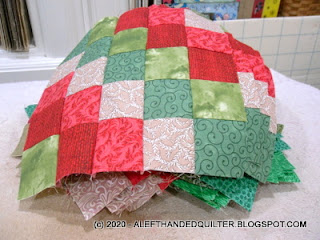 I couldn't wait to start webbing it - 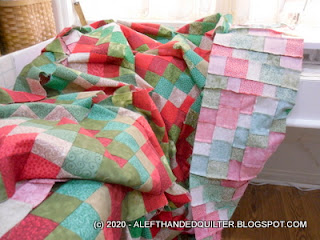 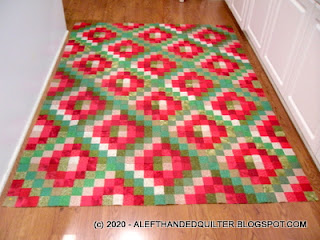 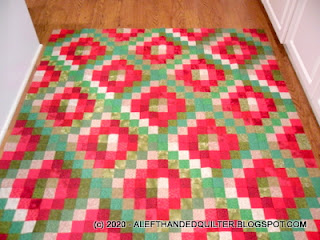 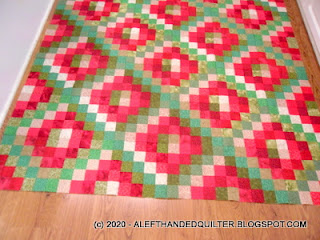 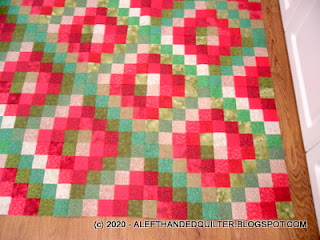 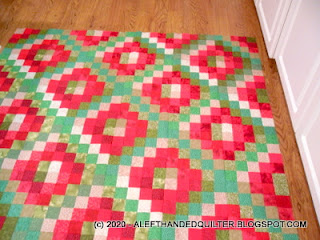 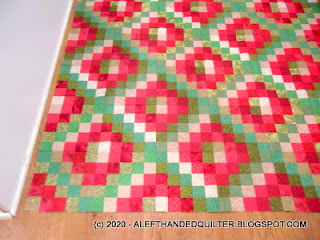 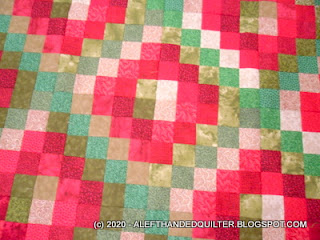 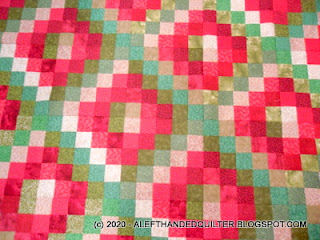 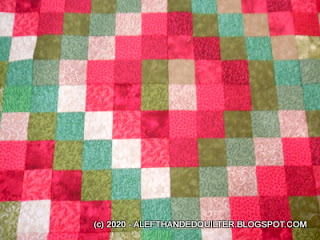 And here it is upside-down - LOL - 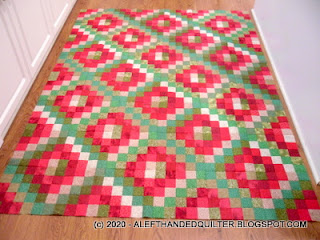 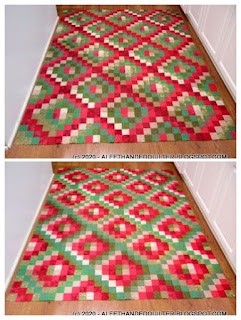 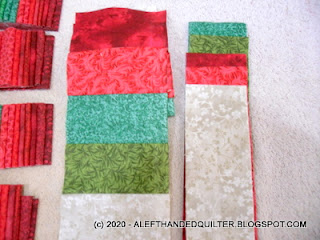 This pattern never ceases to amaze me -
I like the surprise at the end -
I really don't know how some of these are going to turn out -
Until I see them done -
And that's always FUN - ;))
Talk to you later - gotta go - gotta sew -
Posted by A Left-Handed Quilter at 12:30 AM

They do look different. The design appears differently. It is amazing. I can't believe you got the whole thing sewn. Color and value are everything. Congratulations on the red/green experiment!

Both are lovely and very festive!

Oooohhhh! I like both, but I think the one with red stripes is my favorite. (Don't tell green!)

WOw! I could never easily decide which way to go. Love them both! Beautiful!

Yes that red seems to just take over. Both the red and the green versions are pretty. Have you considered putting them together to make a giant quilt?

The new green one looks like a garden patch with patches of red flowers. Both are great!

They are both fabulous and different. They're the chameleons of the quilt world!