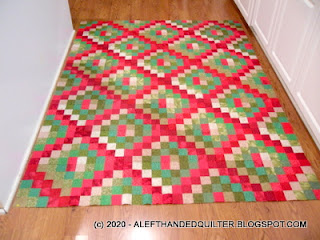 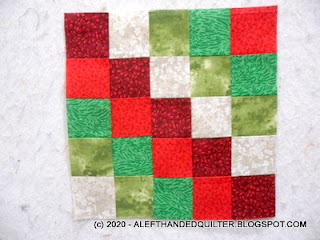 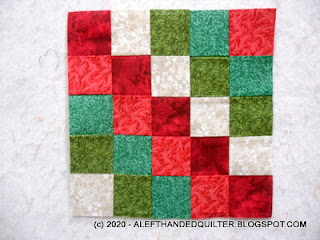 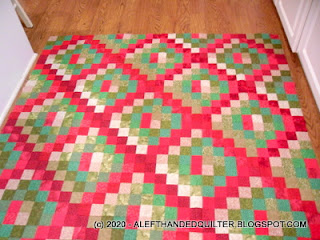 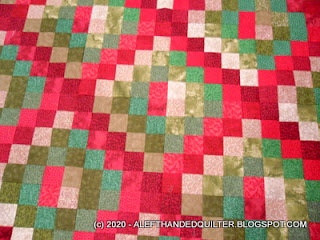 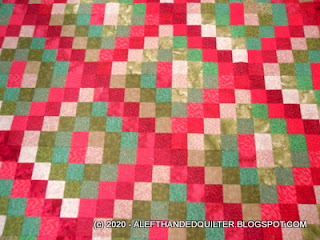 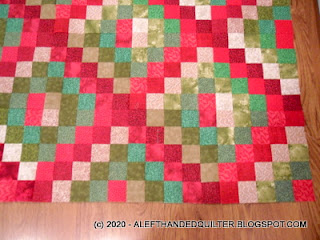 I think that it even looks good upside-down - 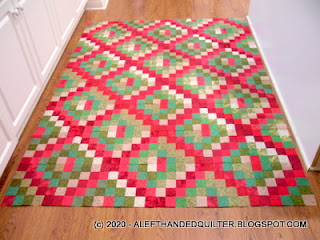 Great results. From as far away as I am, those little choices hardly show. The all-over effect is great.

This top is beautiful and love the Christmas colors. What’s next Kitty?

It is gorgeous (and this from one who is not fond of seasonal quilts.)
You clearly have a very precise working plan for that pattern.
You haven't mentioned a "new squirrel" so we are all wondering what is next.

I'll admit I was skeptical seeing those reds next to each other, but I decided to wait and see. It's your quilts, after all and you're the one gaining a learning experience if you don't care for it! But...I DO like it! It gives a nice block of bright color and looks very festive. I'll be watching to see if green works as well.

It looks fabulous! You're worked out a great formula for this pattern.

Really pretty!!! And fast and fun to make!

Oh WOW, I knew I would like this one!