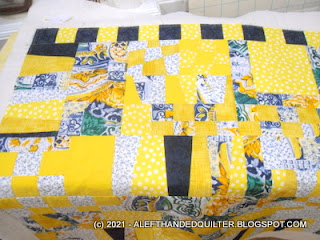 But the darker close-ups show the texture better -
After Gene suggested that I "adjust" my presser foot by raising it a little -
To make it easier to sew over the seams -
I switched out my round metal presser foot (for ruler work) for a plastic one -
And it made a HUGE difference!! -
Thanks, Gene!! - ;))
Then I made some swirls and square spirals in some wonky 9-patches - 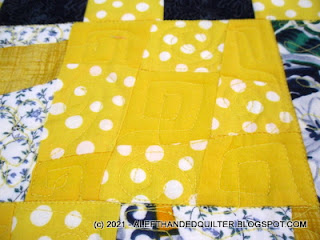 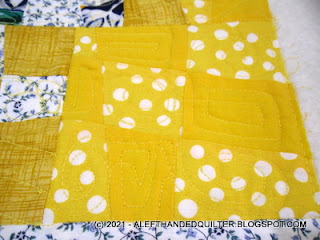 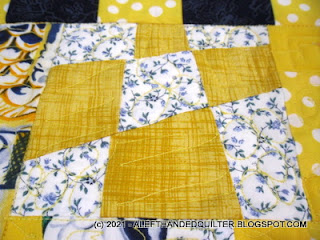 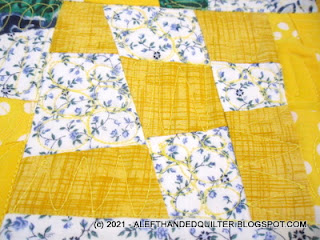 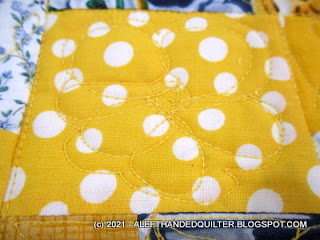 I like the flower. Messy gives movement and texture.

Looking like a fun quilt, playing off the wonky piecing.

Always glad to help. I am happy to know it worked for you.
I suggest when you finish quilting this one, you baste and start quilting another right away. When I did a lot of quilting without long breaks my skills improved. It seems that they tend to "stick with you" when you do that.

Remember to keep practicing. And think of your quilting as organic. It’s widely accepted and beautiful!

You are getting to be a pro. I don't think any amount of coaching could get me in control of a machine.