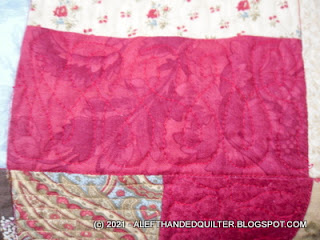 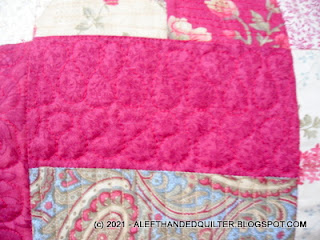 So I decided to do loops in the rest of them - 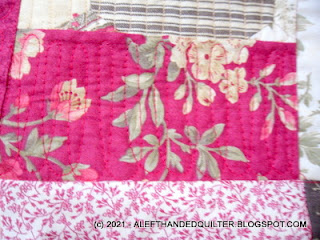 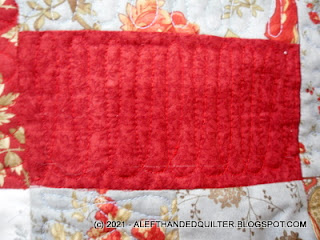 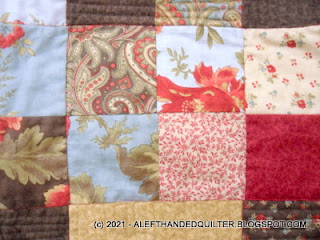 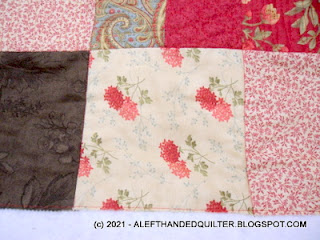 The 4-patches will give me a chance to practice some smaller scale designs -
Maybe some pebbles and spirals -
And I'll save the large squares for last -
I can use them to practice big flowers and feathers -
And anything else that needs SPACE - LOL - ;))
Talk to you later - gotta go - gotta sew -
Posted by A Left-Handed Quilter at 12:30 AM

I have found that some designs I can only do successfully from one direction or the other. So, I sometimes do a little echo quilting to get back to the other side.
Some designs, work side to side and others only seem to work front to back. I end up adjusting the quilt to make it work sometimes.

It’s lovely! I’ll never do this kind of quilting, heck I can barely manage the king quilt top to finish it off. It’s so heavy and unwieldy for me. Yours is surely done in sections. Too late for me now, but I’ll figure out something. A combination of in the ditch and tying is looking good to me right now.