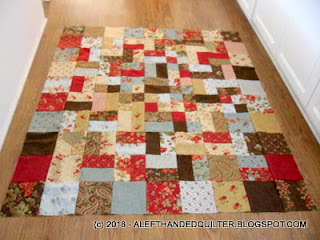 I pulled fabrics for the backing in January 2019 - HERE - 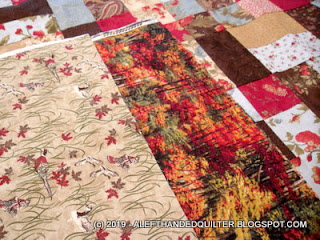 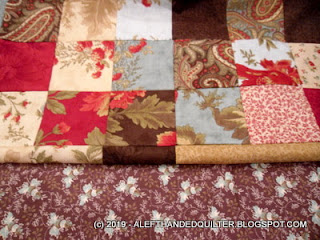 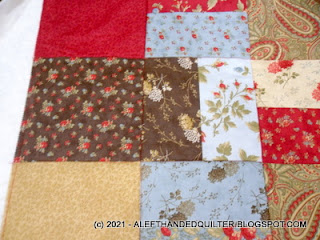 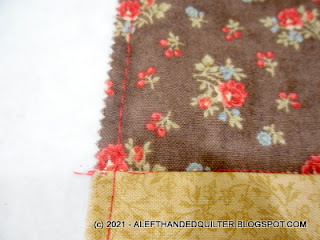 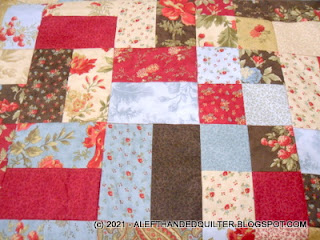 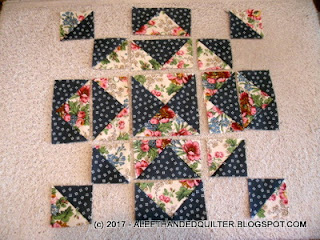 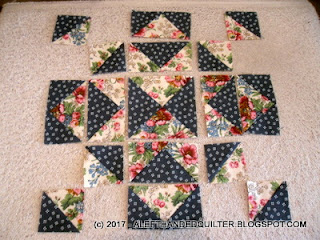 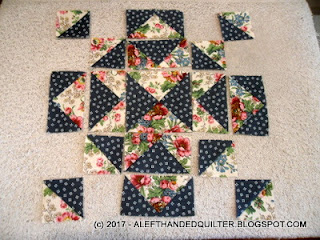 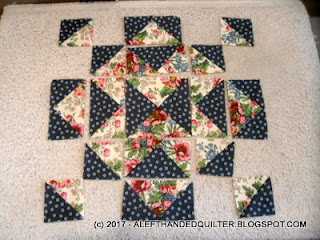 The corners will make a secondary pattern -
When the blocks are sewn side by side -
So I'm leaning toward A or C -
Where the "lights" will make an on-point square when they meet -
But A and D show a better "light background frame" in the center -
Because the innermost HST has the "light" on the inside -
So maybe I like A the best -
It's the best of both worlds - LOL -
What do you think? -
Which one do you like the best? -
And why? - LOL - ;))
Talk to you later - gotta go - gotta sew -
Posted by A Left-Handed Quilter at 12:30 AM

The first quilt is a misnomer, no math is basic. Love the scrappy look.

Hmm, I like A and D. Like the lighter centers showing up. But, you know, it matters how the blocks will look next to each other. Sounds like lots of projects to keep it going.

I think I like C best.....but I really think you need to keep quilting rather than piecing.

I think it depends on how you are going to put the blocks together. If you’re using a light sashing and dark cornerstones, I would put the darker triangles facing out. I am sort of a “big picture” type thinker, so I would plan my piecing on how I wanted the quilt to look once it is all put together, but those are just my thoughts.