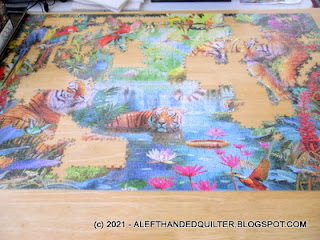 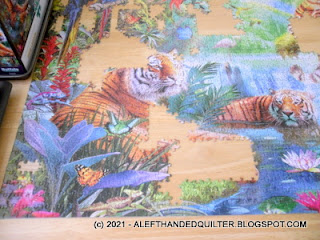 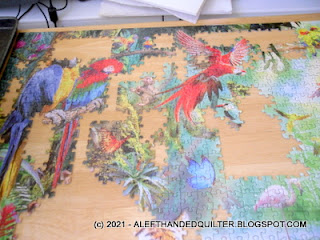 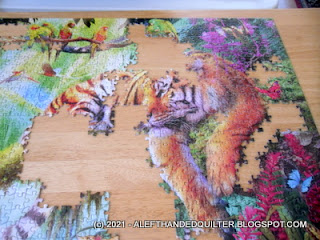 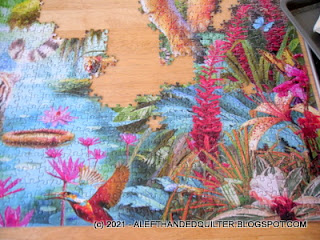 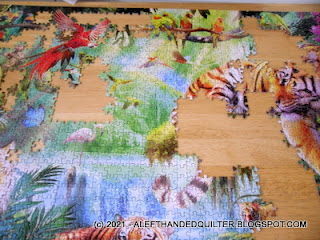 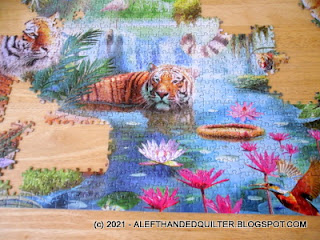 We switch off sometimes -
So for the past couple of days -
My daughter worked on the left side -
While I worked on the right side -
And some areas are easier than others -
But they will all get done -
Eventually - LOL - ;))
Talk to you later - gotta go - gotta sew -
Posted by A Left-Handed Quilter at 12:30 AM

The puzzle is coming along nicely -if slowly.
Seeing it again, I wondered "Do tigers really get in the water like that? Or is it just an artist's imagining?"

That is a pretty and colorful puzzle. Bet it is a fun one!

Never bored with your blocks. I like to see the progress. Puzzles and me are like oil and water.

I never tire of seeing your blocks. I make puzzles vicariously through your blog lolol