When I walked into my studio this morning -
I was greeted with this -
Buja on her new hammock - LOL -
As if to say - "Good morning, Grandma!" - 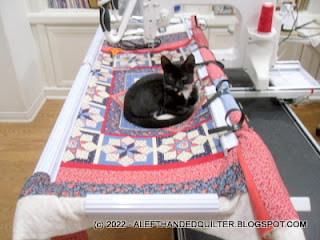 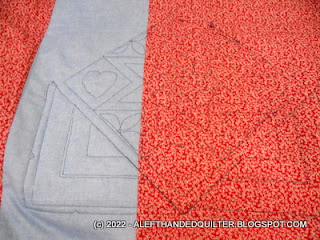 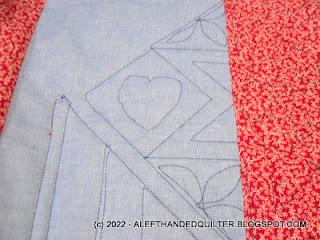 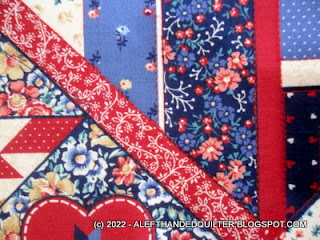 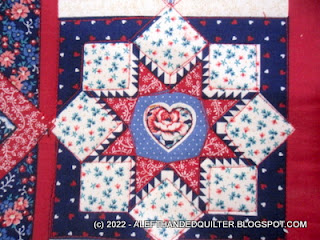 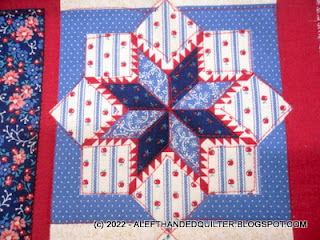 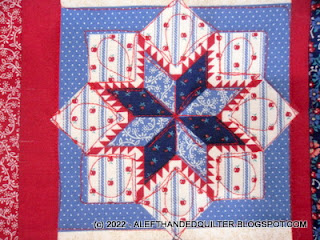 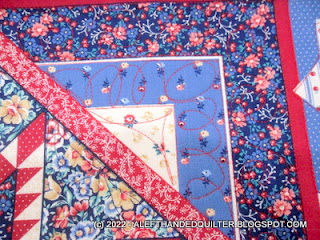 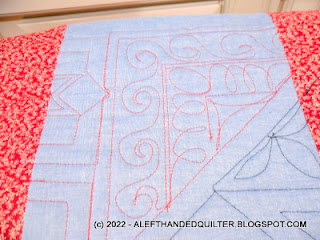 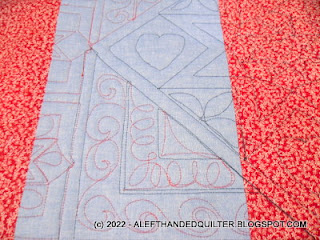 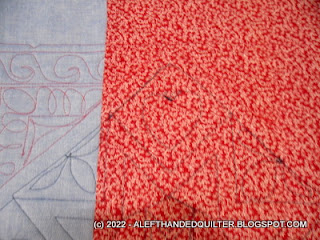 This practice panel is great -
I'm getting faster at "re-hooping" the quilt -
And I'm getting better at judging where to position it -
In order to reach the areas that I want to quilt -
The fusible batting lets me take it off the frame -
And press it before I tackle another major section -
To keep everything nice and flat -
Since the top portion gets bunched up under the bungee cords on the top clamps -
I like being able to start in the center -
And work my way to the outer edges -
Just like I did with my Free-Motion quilting -
And the next few quilts that are "ready" to be quilted -
Are already quilted-in-the-ditch -
So that should help me keep them straight -
When I put them on the frame - ;))
Talk to you later - gotta go - gotta sew -
Posted by A Left-Handed Quilter at 12:30 AM

Looks like you are having a great time practicing :)
Buja looked comfortable. My cats like my quilting frame too!

I can see that you are improving as you get comfortable with the new machine.
I can see where the ruler work could get tedious. Have you tried the channel locks for straight lines across?

I hate ruler work. There I said it. I do it when I have to, like diagonals, but holding the ruler, running the machine is tension city for me. I try to stabilize with rulers and make the interest the free motion. You are doing so great for such a short time.

Looking great! And yep, ruler work is tedious, but sometimes you need it. And you'll get faster. Probably not as fast as without it, but faster. And Buja is too cute. I can't leave my quilts overnight for the same reason, but fixing mine isn't as easy. Well, I guess re-hooping isn't any easier, but since you need to do it anyways, less annoying maybe than unloading a whole quilt? Hopefully the allure will lessen with time, or you'll figure out a way to deter her. (Hahahahaha...says the crazy cat lady who knows darn well the kitties do whatever they want!)