This last row had a helper - 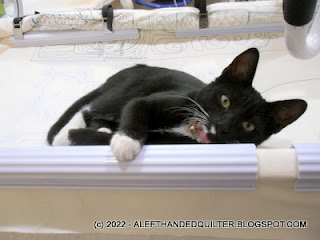 I decided to try another stencil -
But Buja sat on it - 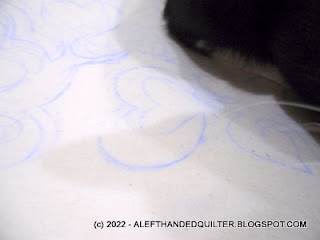 Then tried to go to sleep on it - 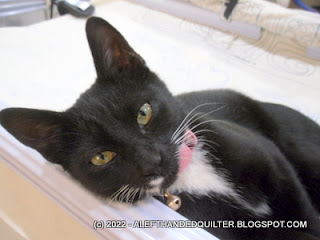 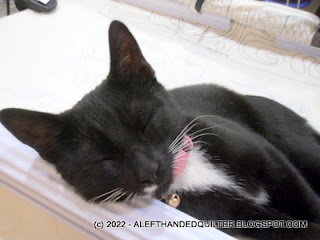 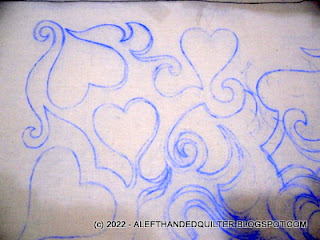 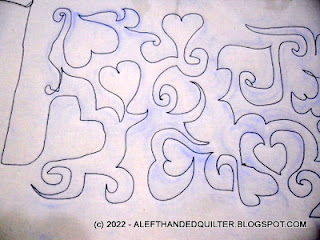 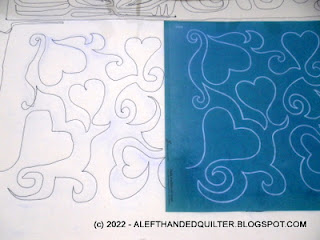 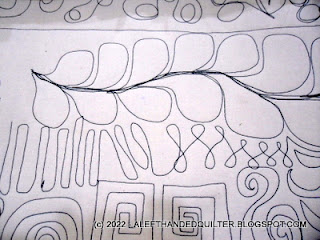 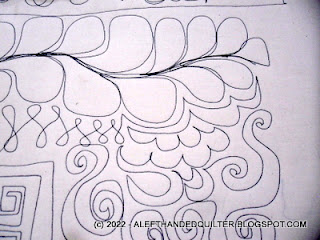 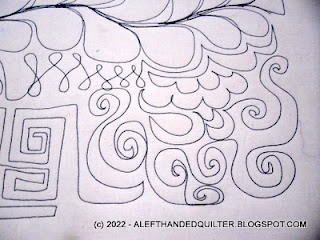 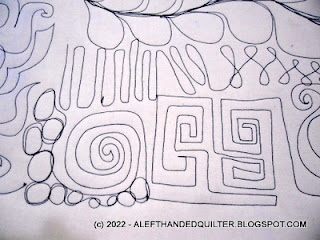 Then I played with the tension a little - 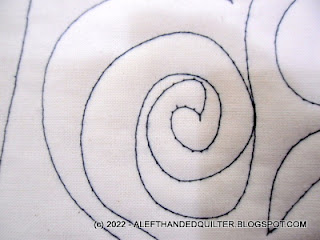 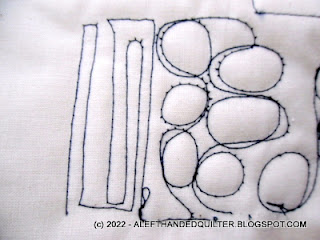 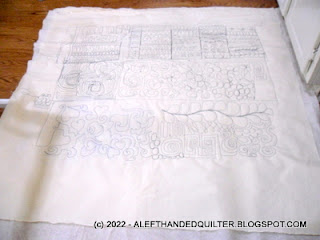 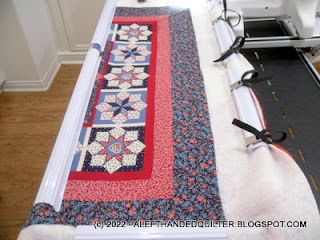 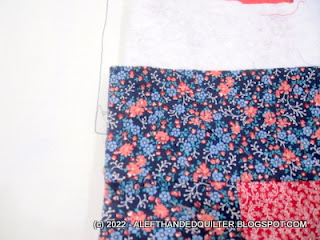 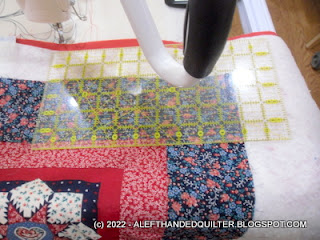 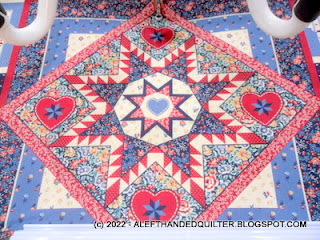 I should be able to stitch the top half of the large square -
And outline those side squares with the hearts in them -
And then all the way down to the tips of the blue star points -
So I'll practice using the straight ruler -
To outline as many shapes as I can -
And Free- Motion some areas -
Before I have to "re-hoop" it - ;))
Talk to you later - gotta go - gotta sew -
Posted by A Left-Handed Quilter at 12:30 AM

Your practice is showing some improvement. Keep going and you will be quilting all the quilt tops from your closet!

Oooohhhh! A real quilt (okay, preprinted, but still) on the frame! Awesome! Remember to relax and not worry too much. For me, the harder I try, the worse things look. Maybe that's just me, but relaxing at least keeps you from taking a whole bottle of pain meds the next day for all the muscle cramps and aches!

Hitting a marked line is the hardest quilting there is. You have to figure out where you should be looking to follow the design and then be able to change direction when you didn't see that coming. Anything free motion will be smoother curves than following lines. I agree, there should be a size between small and large.

I can see where your practice is paying off. Your helper is adorable.