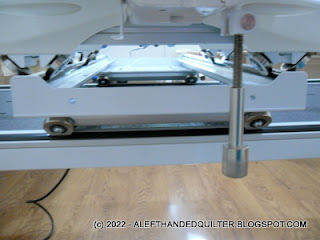 And then fold it back up -
And tighten the knob to lock it -
It was Super Simple to install!! - 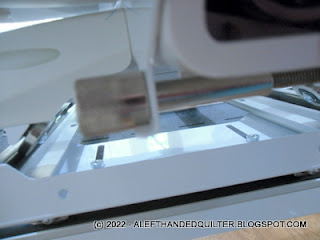 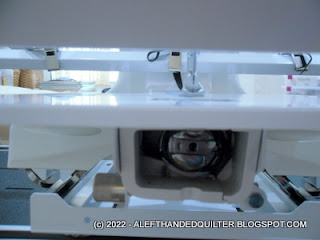 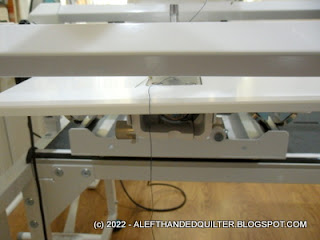 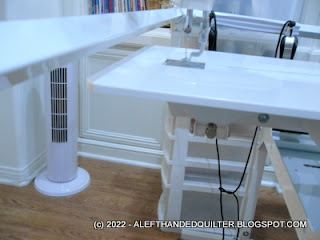 And the back is lower than the back rail, too -
So that isn't a problem either - 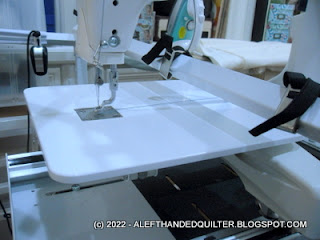 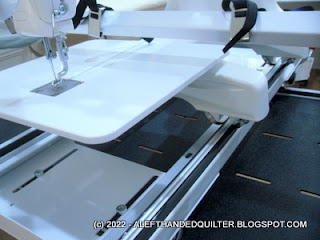 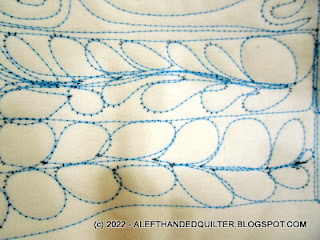 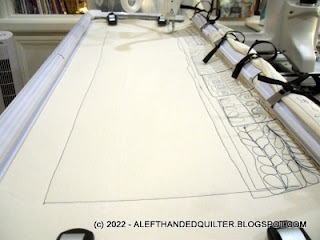 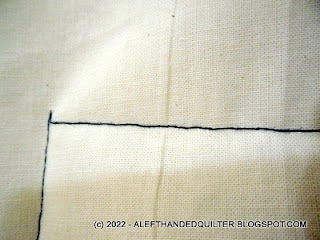 Since the ruler base "clears" all of the rails -
And doesn't interfere with anything -
Or lessen my "workable space" -
I might just leave it on permanently -
It gives a nice "flat" surface under the quilt -
Similar to my regular sewing machines -
I just have to remember to change out the "foot" -
And install the "ruler foot" -
When I want to use rulers -
And then again -
Maybe I'll put that foot on and leave it -
So many possibilities!! -
So much FUN!! - ;))
Talk to you later - gotta go - gotta sew -
Posted by A Left-Handed Quilter at 12:30 AM

I'm so glad the ruler base doesn't lessen your opening! I don't have a true ruler foot, but the foot that came with the machine works just fine. Much like with a regular machine, it's all about what you decide to use and make work. I hope the matching fiber threads helps with the tension, but that is am ongoing tweak for every quilting machine I know of!

Yaay! I was afraid that it would hit the rails and cut down on your working space. I have read that many people leave the ruler foot on all the time, if it doesn't affect their quilting.