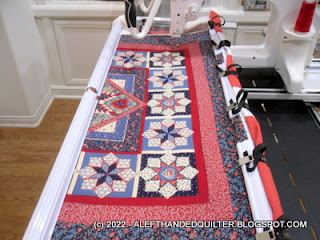 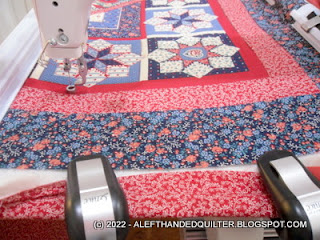 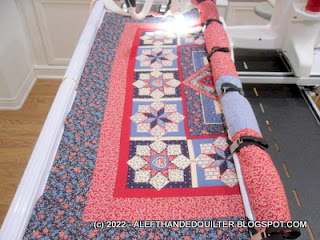 After I took this close-up of the bottom right corner star block -
To show my "improvement" -
I realized that I missed that top WHITE square -
Will I re-hoop it to finish that one? -
Nope -
Let it be the "one of these is not like the others" -  LOL - 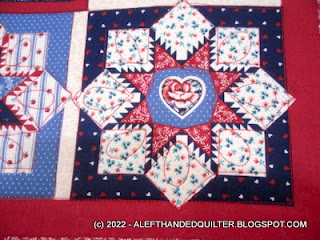 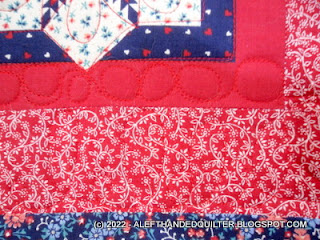 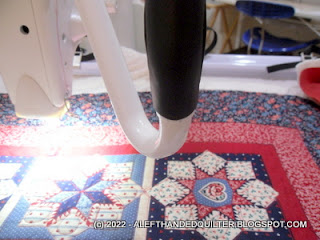 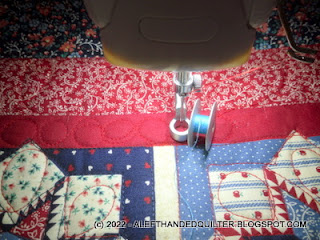 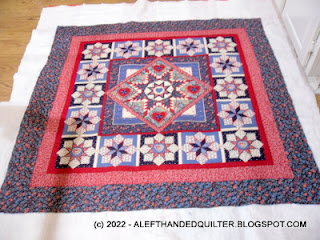 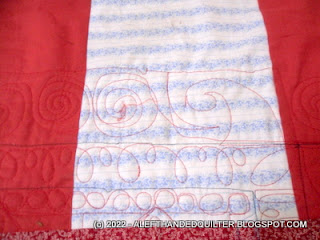 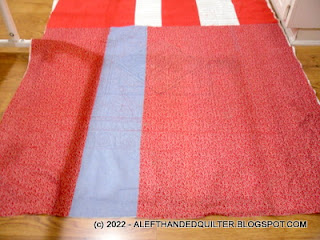 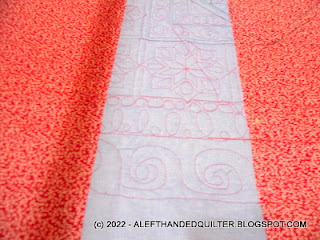 It still needs to be trimmed and bound - 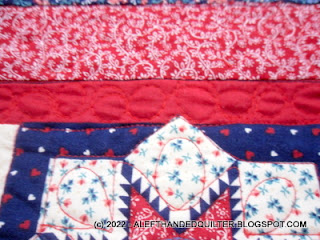 I wondered about the hooping process taking a lot of time. But I wonder if once you have the leader clothes installed and can go down one section and then down the other if it will be much quicker.

I bet the hooping process will go faster at you do more, but getting a bigger frame is even more exciting! The quilt looks great and finished in record time (for you) despite the hoopla!!

Yes, bigger real estate is a huge help. The hooping process is ok if you are just doing small stuff. But you got it done! Congratulations!